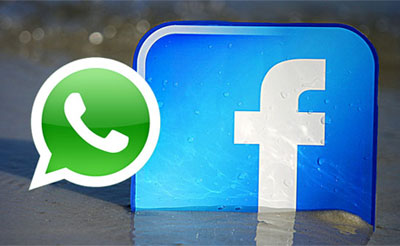 Fast growing message service provider whatsapp did a deal with Facebook, in that Facebook buy whatsapp in $19 billion to give the largest network of closeness from social media communication. The deal between Facebook & whatsapp is in three modes as $4 billion in cash, &12 dollar in stock & $3 billion in restricted stock.

It’s a surprising news that daily more than 10 lakh new user added with the whatsapp. According to founder of whatsapp Jan Koum in five years 450 million users are connected along whatsapp. So that in the conference of deal Zuckerberg said that no one in the history of the world has ever so something like that.

Everyone know that Facebook always do something creative day by day, it is famous closed topic that in mid 2012 Facebook buy the photo sharing app for Facebook in $1 billion & after that a craze will come in the social media users. In the first year from the user no charge will be taken by the company. In recent quarter many social media app put a new hike in market as whatsapp, snap chat, viber, Skype, and hike. So as per see the craze of social media app in market Facebook buy whatsapp to make better.