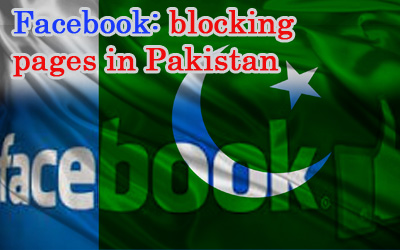 In London, Facebook said that it had blocked users in Pakistan from access to the pages of a popular Pakistani rock band & several left-wing political pages, drawing sharp criticism from free-speech activists who accused the US Company of caving in to government censors.
Members of the band, Laal, whose members have frequently spoken out against the Taliban, confirmed that their Facebook page, which had more than 400,000 “likes,” had been blocked.

After an outcry on social media and inquiries by reporters to the Pakistani government and to Facebook, the government reversed itself and Facebook restored access to Laal’s page. A spokeswoman for Facebook in London said the company’s policy was to adhere to local laws, and that it blocked the pages after receiving an official request from the Pakistan Telecommunications Authority, which regulates internet content in Pakistan.

“While we never remove this type of content from the site entirely, like most internet services, we may restrict people from accessing it in the countries where it is determined to be illegal,” the spokeswoman said, adding that questions about why specific pages were blocked were “best addressed to the authorities who issue these orders.” The spokeswoman declined to be named, citing company policy. Facebook was also banned entirely in Pakistan for several months in 2010,

Facebook officials say that they resist censorship as much as possible, but their leverage is limited in countries like Pakistan where the government imposes constraints with little public debate.