Some terms of Typography that should be known by each designer 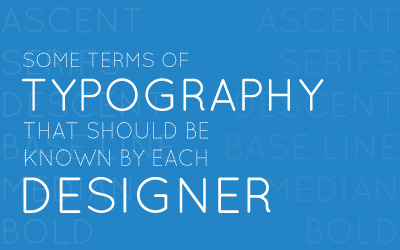 In typography there are a lot of terms that should be known by each designer when performing their art. Typography is a creative art where you learn how to make the writing language more appealing for your readers and according to learning and recognize way. In this art we include line spacing, font size, compositors kerning, selecting type faces are some terms that every designer should be aware.