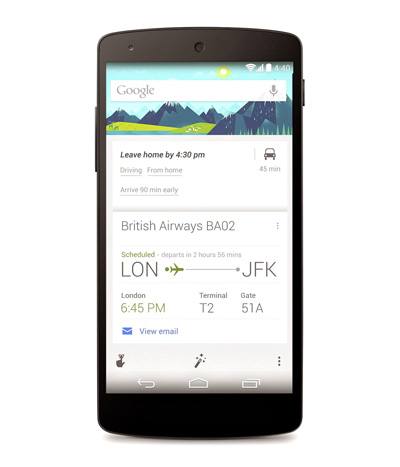 Google updated their android app with the improved facility in the market. Also a news unexpected feature add into an additional language support for reminders and ok Google along hands free voice searches. In this a alert system also generate of your flight timing, appointment cards & specific arrival time.

So in one word this time Google app will be fully customized. Each mode user can set in it according to their need with accurate information. In starting also Google provide the trigger new voice search with the command ok Google in United Kingdom & Canada.

According to current update of Google added support of reminder started only limited countries as French, Italian, German, Spanish, Japanese, Korean, Portuguese (Brazilian) and Russian & after a positive survey it will be spread into all over the world. In the reminder after tapping your phone android app will be set according to your country & after that without any error it will be alert or inform you.