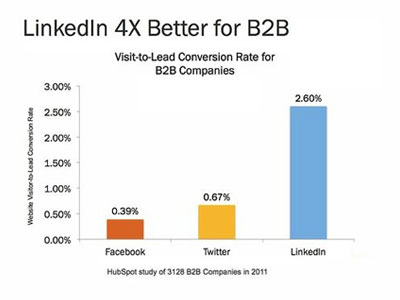 From the research it is found that LinkedIn is more popular between the adults rather than twitter. As regarding to survey in research mostly take the segment of 18 years old internet user about 70% sharply recommended to the LinkedIn better then twitter.

Twitter rank can be higher from LinkedIn but the engagement of people with LinkedIn is very close around 46% people used LinkedIn as messaging, it means it shows that a large segment is connected with the LinkedIn. Experts of technology market also said that the platform of twitter is so small & in LinkedIn people get easily the dynamic features. So in simple word more than twitter, LinkedIn is the biggest platform of social marketing.

According to survey detail from total 36% is not using the twitter because it useless & 7% are shut their account. In other hand if we see the parameter of linked the percentage graph increases in it & people like it in dynamic from. So we can see that LinkedIn is highly popular among the student, college student, and employee.