Now twitter will know you favorite songs, see how 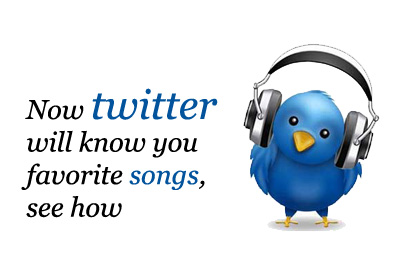 Now to bring their ideas to worldwide the world famous social networking site is now coming in the fore of the new form.  Now twitter which limit you for 140 characters to express your thoughts is now launching its new feature to listen to favorite songs. On twitter you can play your podcast, audio clips, music on your or anyone’s timeline.

This facility would be available on Mobile devices

You will find a new experience

This new feature will experience you of listening to music directly on twitter. This feature will work on twitter audio card and will be available for android and IOS al the devices.

Now you can tweet and listen to favorite songs together. Although twitter has tied up with barlin based Company soundcloud which is a audio streaming service as a partner.

According to twitter expected followers to grow in future

Some organizations that are connected with soundcloud are BBC world service, white house, David gatta are coldplay. Twitter said that it is like test run of audio card feature thereby billions of followers could provide better services.