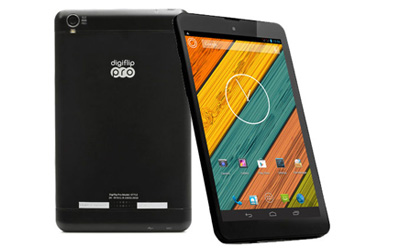 The Online Megastore ‘Flipkart’ is now hoping to be more than just another e-commerce website. Like Amazon began with Kindle tablets similar Flipkart also announced the launch of its own tablet series under their new Digiflip Pro brand.

As far as specs go, it is all pretty standard here: –

This series will also feature included shopping benefits worth over of Rs 5,000 & free eBooks worth over of Rs 2,000. The tablet comes with the Flipkart app that comes pre-installed on the tablet so try this and get a chance to play around Ecommerce world with the new tablet by Flipkart.