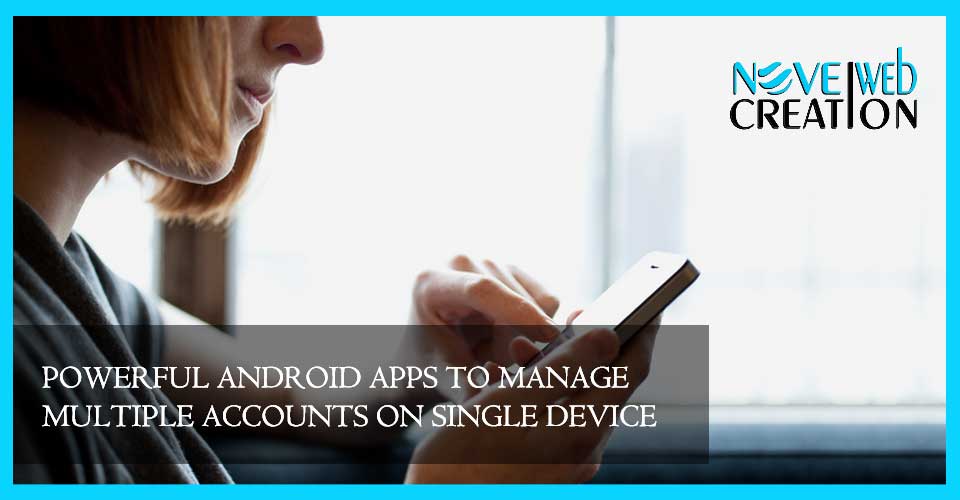 Most of the people use a single account on their messaging apps and other favorite social sites.  Even after having two SIM card on a cell phone it’s not possible to use or register two different Facebook accounts,  WhatsApp Accounts, clash or clan accounts or other messaging apps or social accounts.

Some Powerful Android Apps are Listed Below, by using any of one among them you can easily you more than one account on a single device, even you need not log in or out your accounts, again and again, you can just switch easily between accounts just by few taps.

2Accounts is a specially designed App for login to two different accounts at the same time on a single android device. You just have to tap to switch between accounts without any signing in or signing out. It helps to maintain to maintain separate parallel storage for two accounts and supports 99% of the top games listed in play store.

Parallel Space allows you to toggle between two network or two accounts on a single android device. By using it you can make login to two multiple social or communication account with just a tap. It supports the most used networks like WhatsApp, Wechat, Facebook and many more others. The most interesting thing is it only consumes only 2MB space in your android device.

2 Lines for Whazzap is an app which lets you operate two accounts from the single phone. 2 Lines for Whazzap allows you to instantly switch between two accounts within a tap and allows you to store the history of each account. it the similar as other app but the difference is one is that it require root permission. So before using this app you do ensure your phone is rooted.

Multi Accounts as a name indicating two different, by using this app you can easily use two accounts on a single device and connect to both networks without the hassle of login and out again and again. Multi Accounts supports multi login IDs from network Facebook, Snapchat, WhatsApp, Line and others

Appcloner is one of the interesting apps which lets you create app clones of your presented apps. and by that cloned app run parallel with the original app. and keep safe your all data even the original app is updated. it supports and allows you to change a color of cloned app.